Timothy C. Hain, MD, Chicago IL. • Page last modified: April 14, 2022 • You may also be interested in our many other pages on migraine on this site

If you are looking for the migraine diet handout, click here. 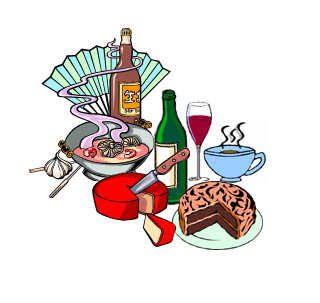 Martin and Vig (2016) reviewed diet and headache, after an attempt to review all of the relevant English literature. They stated that "The most common foods and beverages that have been self-reported to trigger migraine include chocolate, coffee, nuts, salami, alcoholic beverages, milk, citrus fruits, and cheese while the most frequent ingredients were caffeine, monosodium glutamate (MSG), artificial sweeteners, nitrites, gluten, and biogenic amines (e.g., histamine, tyramine, and phenylethylamine)"

A fairly general conclusion of the academic literature about migraine and food is that there is no rigorous association between foods and migraine. Try telling that to someone who avoids red wine and MSG however because 100% of the time it gives them a splitting headache. So there is a a gulf between patient beliefs and "evidence based medicine".

Reasons why the food-migraine academic literature may be faulty:

As a general rule, migraine sufferers avoid eating stuff that gives them headaches. This means that there is a negative correlation between, lets say, alcohol and migraine because people vote with their feet. So the gold standard needs to be provocation studies.

Migraine is a "committee disease", without a biomarker, and likely just a collection of symptoms with numerous genetic predispositions. Because Migraine is not homogeneous, we should not expect treatments to all work, or foods to be uniform triggers. It may simply be that most of the formal studies were underpowered.

Faulty logic. Blau (1992)states: "To avoid creating migraine-mythology, it is proposed that a trigger for migraine must also cause headache in non-migrainous subjects." This line of logic is obviously faulty. Lets transfer this over to diabetes: what if we said, to avoid creating a diabetes-steroid mythology (steroids make diabetes worse), it is proposed that a trigger for diabetes must also cause diabetes in non diabetic subjects. This makes no sense as persons with diabetes are structurally different than persons without diabetes.

Neurologists are a skeptical group of doctors and have a predilection to publish negative studies about migraine.

We will work through the food triggers one by one.

MSG is also labeled Autolyzed Yeast Extract, Hydrolyzed Vegetable Protein, or Natural Flavoring: Major sources of MSG include certain soups, Chinese food and "fast" food, soy sauce, yeast, yeast extract, meat tenderizers (Accent), and seasoned salt. Many salad dressings also contain MSG. MSG sensitivity is "common knowledge". Still, the literature is not strong about MSG (Freeman, 2006), and in fact a systemic review concluded that there was little evidence that MSG adds to food triggered headache (Obayashi and Nagamura, 2016). Our position on this is that MSG is a migraine trigger in some people who meet the IHS "criteria" for migraine. Perhaps about 5%, but we don't have any strong data here.

Alcohol is the most common dietary trigger for migraine (29%, Peatfeld et al, 1984). Red wine, beer, etc. Red wine is the most likely and vodka is the least likely alcoholic beverage to cause a migraine.

Again there is argument. Dueland et al reviewed 25 papers in 2015 and stated that "Based on the literature, there is no reason to tell headache patients in general to abstain from alcohol. Individual dispositions as well as cultural factors may play a role in alcohol-induced headache. " We think this advice is naive -- if one is having headaches, we think a good place to start is to abstain from alcohol. If one's headaches continue, then alcohol isn't the cause.

Davis-Martin (2017) reported that : "The meta-analysis indicated that 22% (95% CI: 17-29%) of individuals with primary headache endorsed alcohol as a trigger. Odds of endorsing red wine as a trigger were over 3 times greater than odds of endorsing beer. "

According to Peatfield et al again (1984), 19% of 490 patients with classical or common migraine reported that headaches can be precipitated by chocolate. Chocolate may cause a delayed migraine effect -- the caffeine in chocolate prevents an early headache.

The role of chocolate is weak and controversial (Holzhammer and Wober, 2006; Lippi G et al, 2014). Lippi stated "the widespread belief that chocolate and cocoa containing foods should be absolutely avoided by migraine patients lacks of a reliable scientific basis. " Marcus et al (1997) performed a double blind placebo controlled study and found no effect of chocolate. They stated "contrary to the commonly held belief of patients and physicians, chocolate does not appear to play a significant role in triggering headaches in typical migraine, tension-type, or combined headache sufferers."

Chocolate contains about 10 mg of caffeine/ounce. Not that much.

According to Peatfield et al again (1984), 18% of 490 patients with classical or common migraine reported that headaches can be precipitated by cheese. This is especially ripened or aged cheese (Colby, Roquefort, Brie, Gruyere, Cheddar, Bleu Cheese, Mozzarella, Parmesan, Boursalt, Romano). Cheeses less likely to trigger headache are cottage cheese and American cheese. Pizza may be a problem food. Headaches about 1 or 2 hours after eating are common pattern. The role of cheese in migraine is controversial (Holzhammer and Wober, 2006).

This is complicated. Caffeine lasts about 8 hours. Many studies have concluded that overuse of caffeine may increase headaches via rebound. Martin and Vig (2016) suggested that between 400-500 mg of caffeine was reasonable, as long as the daily dosage does not vary much from day to day. Some very sensitive people may develop rebound from as little as 30 mg, but in most people it takes 500 mg of caffeine/day (5 cups coffee).

According to Peatfield et al (1984), 11% of 490 patients with classical or common migraine reported that headaches can be precipitated by citrus.

These chemicals are preservatives found in meat and certain medications for blood pressure and chest pain. Examples of foods are bacon, packaged lunch meats, sausage, hot dogs. Nitroglycerin, Isordil are examples of medications. According to Martin and Vig, an unpublished diary study found that 5% of persons with migraine are more likely to have an attack on days that they consumed nitrites/nitrates. Nitrate medications clearly induce headache (Cleophas et al, 1996, Christianson et al, 2000). This may be a matter of "how much" nitrates.

There is a small literature composed of studies with few subjects, associating aspartame with headache, but again there is controversy. Schiffman (1987) compared aspartame to placebo over a 4 hour time period and concluded "We conclude that in this population, aspartame is no more likely to produce headache than placebo." Van den Eeden et al studied a group that identified as being aspartame sensitive, and found that they indeed did have more headaches when challenged with aspartame capsules, compared to placebo (33% vs. 24%). Overall, this aspartame appears to be a weak trigger.

Sulfites (Potassium Metabisulfite). Used as a preservative on salads, seafood, avocado dip. Found naturally in wine and beer. Usually causes asthma symptoms. There was no literature on sulfite sensitivity and headache as of 2015. It probably does NOT cause headaches.